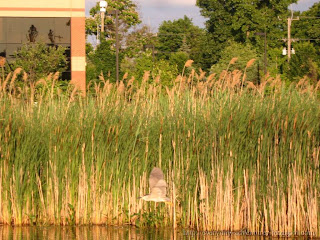 Update: It appears that these birds are actually Black Crowned Night Herons. That's even better than Green Herons because this kind isn't as common here in Michigan.

I just found the most unusual big bird I've ever seen! Some of you may have seen these before, but I and many others have never seen anything like it before. I got a little better look at it than the camera did. From the information I've been given, this bird appears to be a Green Heron.

I was on my newly found boardwalk area, and while I was reaching the end of the path I saw this strange squat looking bird perched by itself at the edge of the tall weeds. It appeared to be about the same size as a goose, but it looked like an odd cross between a big heron and a penguin. 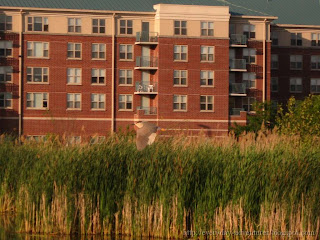 It didn't look like it was going to move, so I slowly prepared my camera to get a few good shots of it. Just as I was lifting the camera in its direction, it leaped into the air and flew away. I may have been slow a second before, but now I was much quicker with my camera ready in my hands.

As a result, I got a few good pictures of this bird in mid-flight. I thought it was gone forever, but it sudden;y veered towards the left and glided over to another perch on the other side of the walkway. I didn't run to get closer because of the snake I found on this boardwalk before. I didn't want to smush a poor defenseless little creature did I? 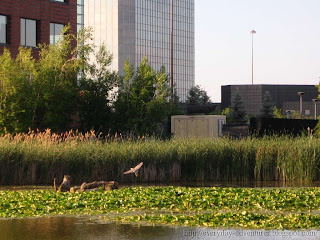 My pictures of these wonderful birds aren't the best, but you can certainly see them in there. And besides, this isn't so much about the pictures. It's about the adventure that I had. Every day is always a fun new adventure if we want it to be. This was just one of mine. Tell me some of yours. 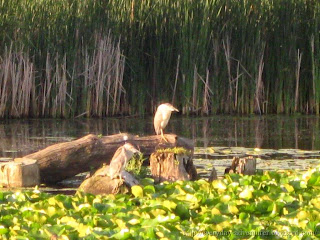 Lastly, I'd like to thank everybody who commented on yesterday's Hiking Tips For Beginners post. I usually like to acknowledge each one of your comments individually, but this time I'm going to keep it short. I want to make that post a little different by keeping my clutter out of it. I just want to let you know that I've read every comment and they're all great.

I appreciate each and every one of your comments from the shortest to the longest. Every one of your hiking tips have been wonderful so far. Some of them are similar to others and that's exactly what I want. Telling the tips in your own words will help any beginners by giving them good thorough information.

As I said In yesterday's post, I put a link to the tips in the sidebar so it can be found easily. I also have a link there so you can add any more tips you can think of whenever you want. Your tips can be the same tip that someone else already left. A different point of view on something is always welcome. Thanks to you all! I'll have other posts like that one in the future.
Posted by Ratty at 3:33 AM