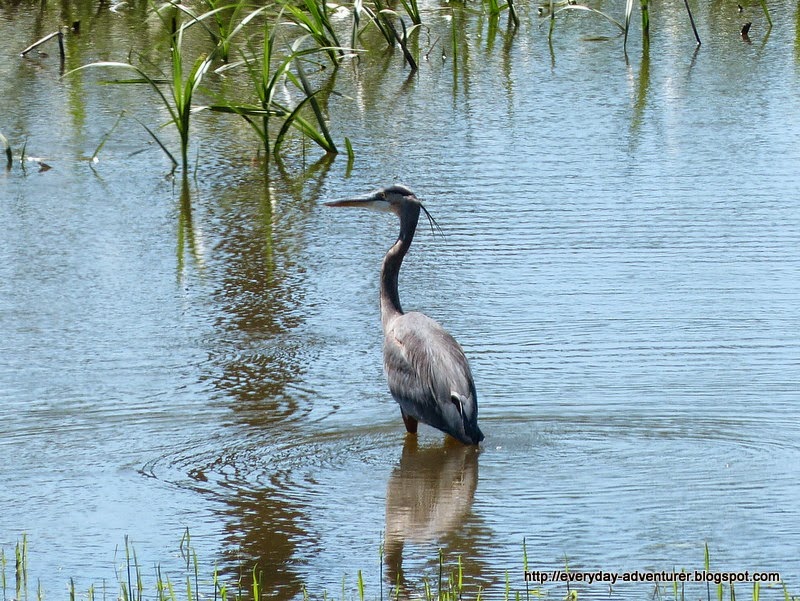 I keep wanting to write my posts more often, but it never seems to work out that way. I always look up and find out way too much time has passed. In between all of the busy and boring stuff I do I get to go out and see things like this Great Blue Heron.

I don't seem to have the time I'd like for anything I'd like to do, so every time I see things like this bird I really appreciate it. I have to say though that I do see these things kind of often. I see flocks of egrets in the cornfields near my house almost every day. But they're too far away to get any decent pictures. Oh well. 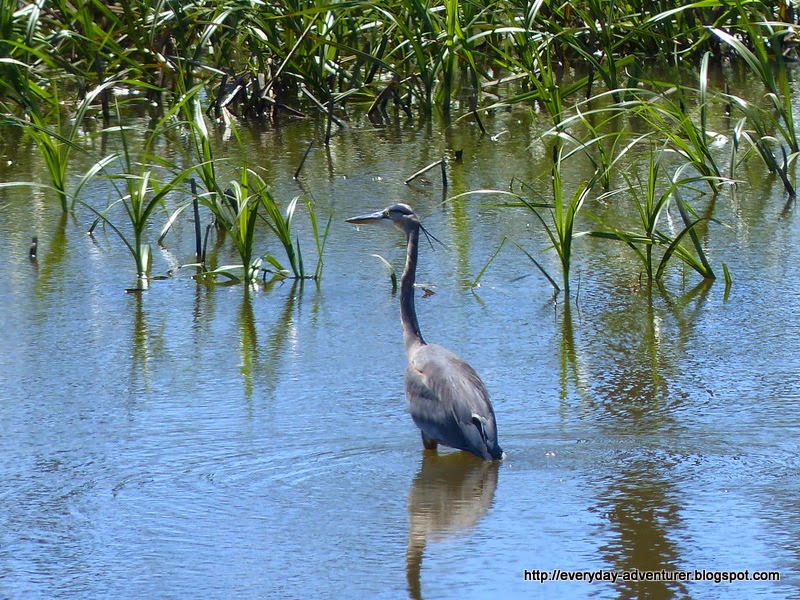 I kept trying to get the best picture of this heron but it kept walking away and turning its back to me. Even so, I think these are pretty good. I don't think I've ever gotten any better pictures of this kind of bird. It seems like I should have since I've seen so many now.

I wish I could be out there taking pictures like these every day. Now that the warmer weather is wining down it's going to become even more difficult. I'll have to do what I usually do and find cold weather stuff to do pretty soon. Fall always gives me that dread of the coming cold weather, but then I like it when it gets here. 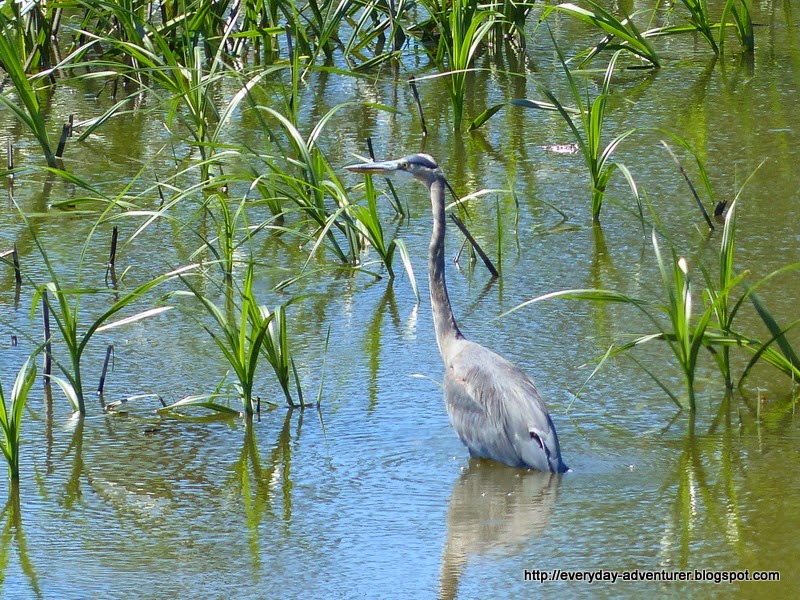 I guess I've been doing more fun things than I think I do. I just got a new smart phone, the Lumia Icon. It's another Windows Phone with one of the best cameras out there for a phone. The camera is why I got it. Now I can take excellent pictures even when I don't have my good camera with me.

I'm also doing a bit of Geocaching again. There's plenty of opportunities for that all over the place around here. The great thing about it is that it gives me plenty of chances to get more nature pictures and go on my little adventures. I think that's enough for now. I'll talk to you later.
Posted by Ratty at 4:00 AM 20 comments: 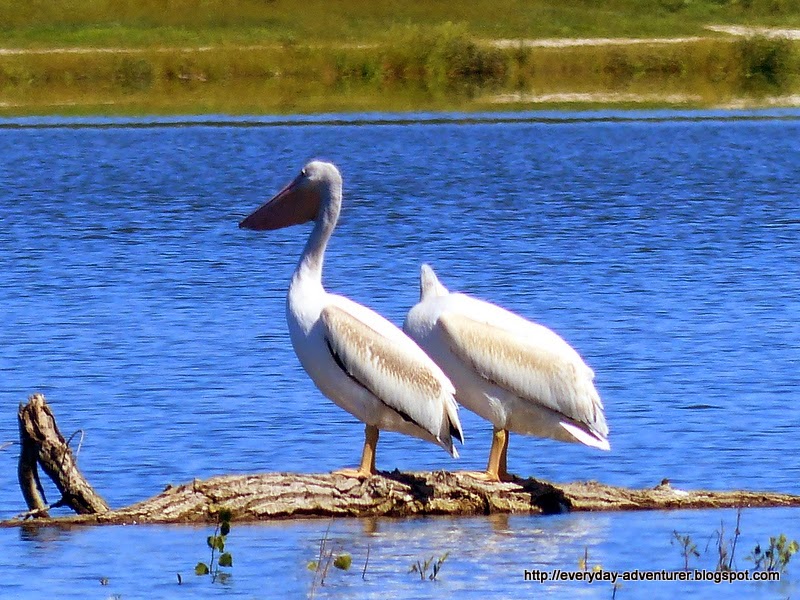 I decided to take a trip down to DeSoto National Wildlife Refuge in Iowa and Nebraska, at the recommendation of Out On The Prarie, and I found these two American White Pelicans. I never knew I might find pelicans in a place like Nebraska. The signs said I was in Nebraska. I thought pelicans only lived near the ocean.

The funny thing is that I knew exactly what they were as soon as I saw them. I guess there's no mistaking what a pelican looks like. Of course I had to check later just to make sure, but my guide confirmed that they were indeed pelicans. 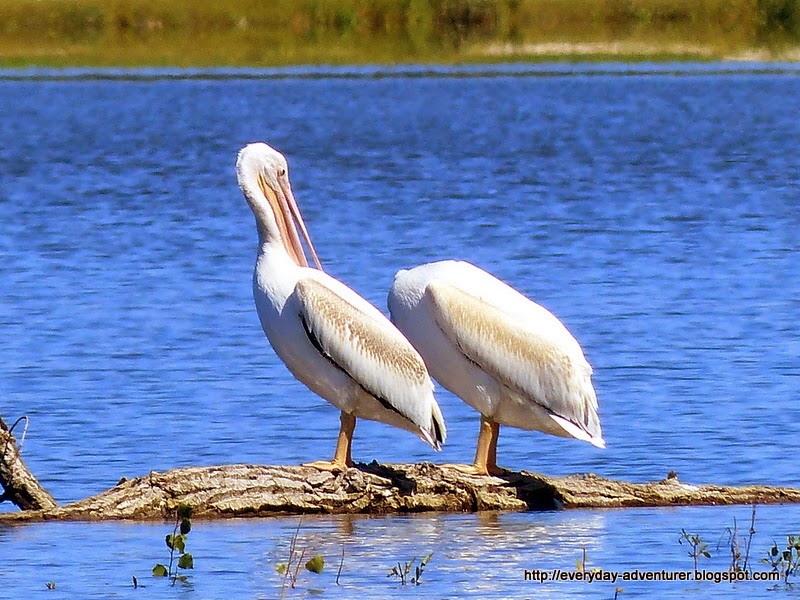 I took a lot of pictures, but most of them came out blurry. I think it was the distance combined with their white color that made so many pictures come out so bad. I was glad when I saw that at least a few came out okay. These would have been some of the best anyway.

And now for my newest episode of Rat TV. I had to wait to get this video uploaded to Youtube before I could write this post. I didn't want to leave it out. You don't get the best look at the pelicans, but the video is clear and steady, and it's not bad. They just didn't pose very well. 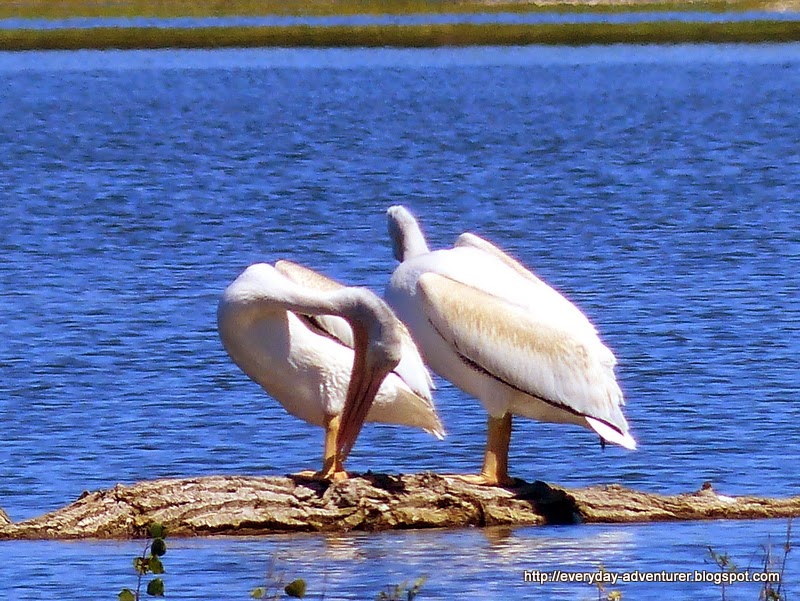 This was the first picture I took of them. You can see that they weren't very interested in posing for the camera. It would have been nice if they would have stood up nice and straight for the camera, but I guess you can't get everything that you want. I'm just glad I got these pictures.

I probably could have gotten a little bit closer, but I was afraid they would leave if they saw me lurking around. Maybe I would have gotten a few good pictures of them in flight, but I didn't want to risk it. And besides, it wouldn't have been nice to disturb them. I'll talk to you later.
Posted by Ratty at 4:00 AM 24 comments: 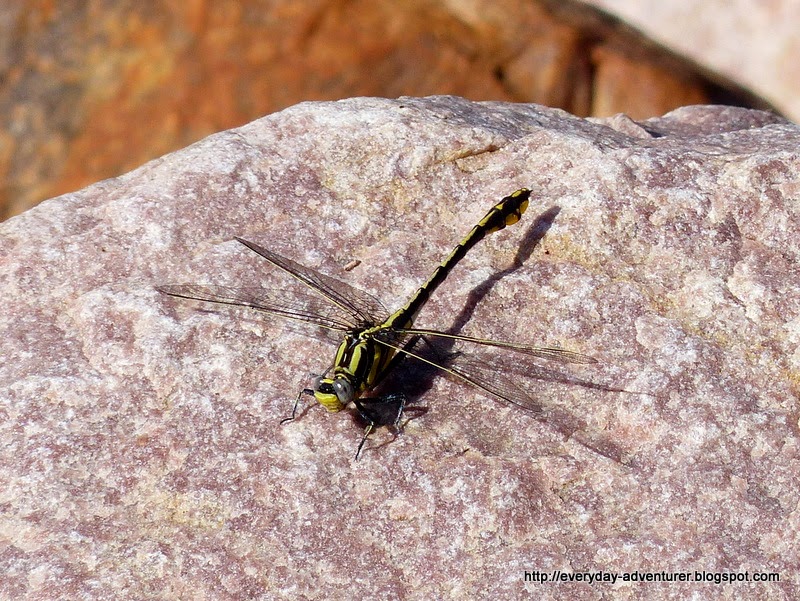 Whenever I get a chance to get a picture of a dragonfly I take it. I've had better ones than these, but not recently. These aren't too bad. I got lucky because this little guy stayed on that rock for a long time. I wasn't standing nearly as close to it as it might seem.

As far back as I was standing makes me think of the days when I had my first camera. It was a good little camera, but I had to get up really close to get any good pictures. Looking back at some of my older posts, I'm surprised at some of the pictures of animals I was able to get. I had to be a much better animal stalker and photographer than I am now. 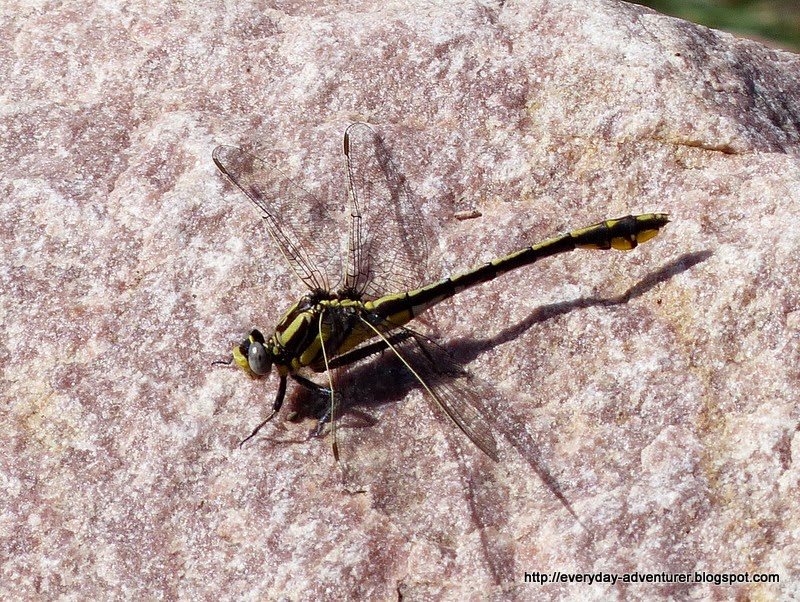 I'm kind of distracted writing this post. My mind is on the future because I have a post coming up of something I never thought I'd see. I don't want to reveal it until that post. I would have posted it this time, but I don't have the video uploaded yet. I'm really excited.

I keep seeing amazing things whenever I go out for long enough. This dragonfly is just one small example. Some people may not think this is very remarkable, but let them try to get these pictures. Taking pictures like these is more fun than a video game. There's nothing better than nature. I'll talk to you later.
Posted by Ratty at 4:00 AM 10 comments: