Advice From A Caterpillar

I'm a little short on adventures lately so I decided to introduce you to an old friend. I often found myself oddly in Wonderland with my little friend along. It was a kind of joy seeing a little kid love nature so much. I'll revisit some of our adventures whenever I get the chance between my newer ones. This one is from back in the summer of 2008. 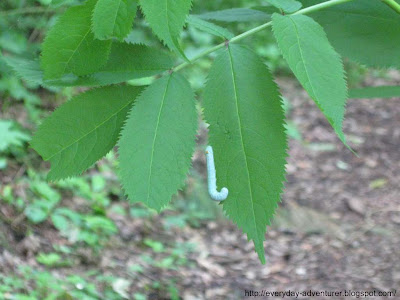 "Who are you?" said the Caterpillar.

Alice replied, rather shyly, "I-I hardly know, sir, just at present-at least I know who I was when I got up this morning, but I think I must have changed several times since then."

"What do you mean by that?" said the Caterpillar, sternly. "Explain yourself!"

"I can't explain myself, I'm afraid, sir," said Alice, "because I'm not myself, you see-being so many different sizes in a day is very confusing." She drew herself up and said very gravely, "I think you ought to tell me who you are, first." 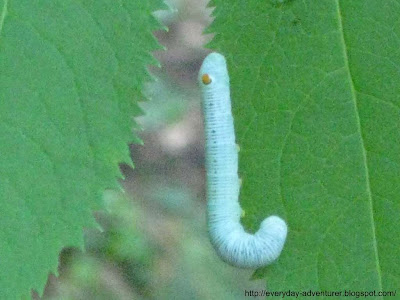 I thought this blue caterpillar reminded me of something. The top picture is the size we saw it when we first arrived. In the bottom picture it got just a little bit bigger. You can see all the little details, even it's legs clinging to the leaf. Maybe you're thinking, "Here's the blue caterpillar, but where's Alice?"