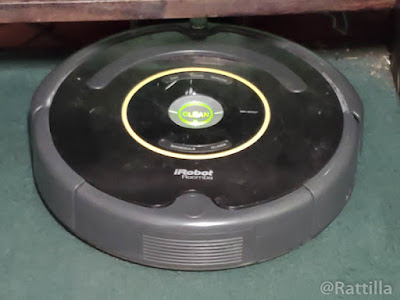 This one's going to be a little different. I haven't tried to go on a hiking trip yet, mostly because it's been raining and I also want to watch the last few games of baseball season. But this post is because I have many interests. One of those interests is technology. So today I'm talking about robot vacuum cleaners.

I've had an iRobot Roomba for years. It is from the 600 series of cleaners. I have loved this thing because it keeps my floors much cleaner than I'm willing to do myself. All I have to do is empty it sometime after most cleanings. And my house looks okay.

But there have been a few problems with it. The first one is that it gets stuck in places kind of easily. I end up having to go move it and restart it quite frequently. The second problem is that I had to stick it's recharging base to the wall because it kept knocking it out of position. So it had trouble recharging after it was done.

And it still has trouble finding the base properly. It usually takes several times for it to dock itself. It also doesn't have very strong suction in the vacuum, and since I got my new dog it has been having trouble with the dog hair. And this Roomba is getting kind of old, so I finally decided to replace it. 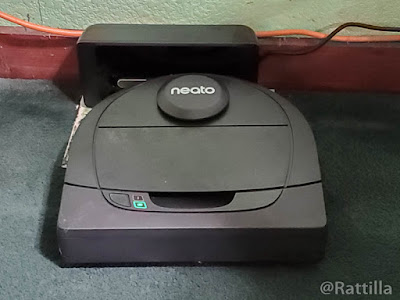 My new robot vacuum cleaner is the Neato Botvac D4. It's a mid-range cleaner as far as cost, but it has more features than most Roombas. It cost me $400. The Roomba cost more when I got it years ago. This one maps out my house instead of vacuuming randomly, so it is much more efficient than the old one, and it is finished much quicker.

This one also doesn't get stuck anywhere in my house and it has much greater suction in the vacuum. The pet hair is gone from the carpet. It also gets back to the base much better and doesn't ever ram into it and move it.

The disadvantages of the new one are first that you have to connect it to the internet. It's a slightly rough setup at first because of that. It also needs a bigger area where the dock can be placed. But other than those problems it has been wonderful.

The internet connection is actually an advantage because I can control the robot with my phone and I can do voice commands with Amazon Alexa. Overall, this newer technology robot is worth the price for me. I really like this new robot.

Oh, one more thing. Does Delilah like it? The answer is unfortunately no. She liked the old Roomba. It had been there with her for most of her life. She thought it was a playmate of hers. She considers the new Botvac to be a hated enemy, even though it's quieter than the old robot. Hopefully, she'll get used to it.

Surprise! I'm Still Here, And So Is Delilah! 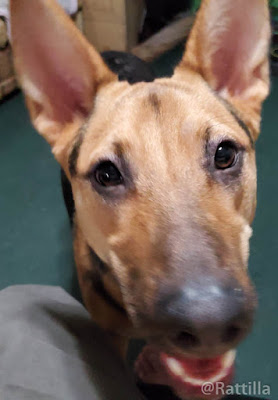 I bet you thought I was gone. I will tell you now that I'll never leave. I have watched so many of my blogging friends disappear, some very good ones this year, but I'll be here even after everyone else is gone. It's because I'm here for a better reason than most people. It's because I truly like why I'm here. No more explanation can be given in one post. Read all of them.

So let's get to my post today. What's been going on and why am I posting today? And why not before? I'm mostly posting today to check in because I haven't done it in so long. But I also have a tiny bit of an update for you. 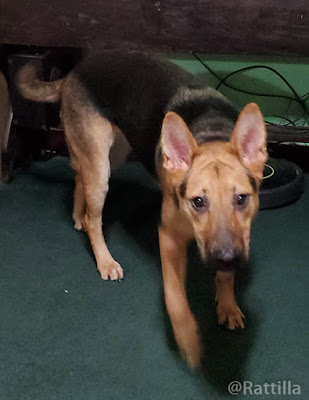 I told you a while back at the beginning of the summer that we were going to have a lot of flooding around here. It wasn't supposed to let up for the whole summer, which would keep me from posting much of anything because there would just be nowhere for me to go.

That is exactly what has happened. The river is overflowing right now and might even get worse in the immediate future. All of my good nature parks are along the river. Not a recipe for fun. This will have to end someday though.

Another thing that has stopped me from posting is something I've been sort of hiding from you.

I was in a car accident several years ago and my back was injured. It happened at the height of my blogging about my long nature hikes. Everything was abruptly stopped. I slowly tried to get back into it, but it has been mostly painful ever since. In the past few years, the pain had gotten to the point where I could only walk for very short distances, like from one room of my house to another. 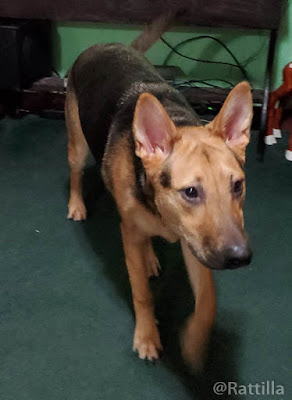 Every once in a while I tried to go out to a nature park and struggle through a very short hike. I would usually barely make it back to my truck after only going a very short distance. I hoped I could get better with some exercise. It never worked. Most of my pictures these past few years came from the window of my truck.

I kept telling doctors about my problem, but none of them had any answers for me. The only thing I could do was to hope that one day I would somehow get better. I wasn't sure it was ever going to happen. But then recently something happened. 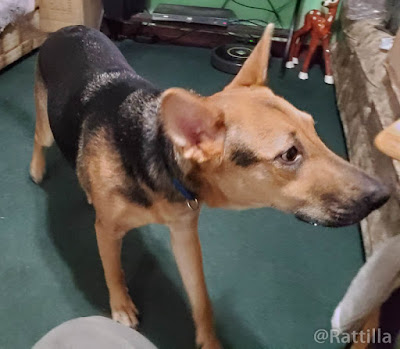 It began happening around June, but I was feeling less and less pain when I stood or walked. I was actually starting to feel better! After a while, I was able to go short distances without much pain at all. But I was afraid to go much farther for fear that I couldn't make it back.

And finally this week I decided to take a chance. I walked the distance through my small town to the post office. I was sure I would be exhausted when and if I made it back home. But I was just fine. My back hurt a little, but I wasn't very tired at all. I think I might finally be better.

I may need to take things slow and show a little care, but I'm going to try a little walk through whichever nature park is the dryest. I'm not sure how soon I can manage it, but I'll hopefully be back in one of my next few posts with pictures of a new short hike. I'll talk to you later.
Posted by Ratty at 6:00 AM 4 comments: