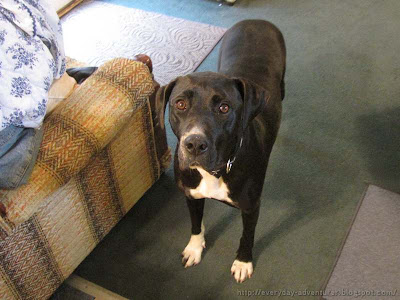 I'd like you to meet Isabella. Isabella will be my new hiking companion most of the time from now on. She might frighten away some of the other animals, but it's good to have her with me now. My dad died in his sleep almost two weeks ago now, two days after my last post. He had cancer that we knew he wouldn't recover from. It went bad for him, but he was at peace at the very end.

So right now I'm living in his house at least for awhile. I still have to decide what I'm going to and where I'll go from here. Will I go back to Michigan or will I stay around here from now on? The one thing I do know is that I have Isabella with me, so I won't be too lonely. 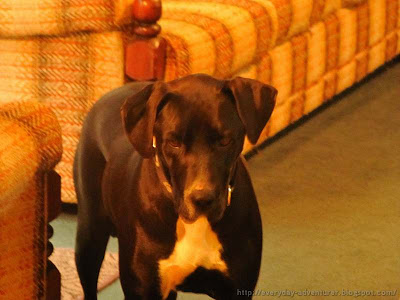 I adopted Isabella from a family that couldn't take care of her anymore. She wasn't getting along with other animals and needed a change. She's a big dog and full of energy. I'm able to give her a life where she can expend that energy as much as she wants. There's plenty of nature around here for a big dog like her.

The picture of her above is a little blurry because she is always moving, except when she's sleeping. I probably won't mention her most of the time in my future posts, but she'll be there anyway. Introducing her is mostly just my way of getting back online. It'll be a little slow starting out, but I'm hoping to begin posting again now. 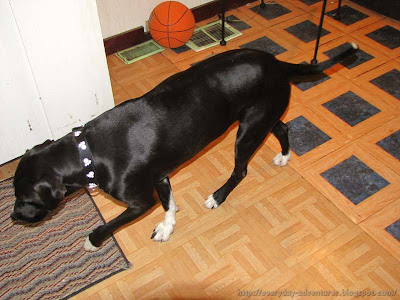 My posts before gave the illusion of being far out in the wilderness, and it was never a secret that it was just an illusion. I tried to show that even close to a city we can all find nature. Now I'll be able to show you what it's like from a very different view.

I live in a very small town right now. Nature is right out my back door. I live at the end of the road. There is a huge ravine on the edge of the property. It has a creek running through it at the bottom. Beyond that is a huge corn field. There is more nature here than I can explore in a lifetime, including several nature and hiking parks.

I now hope to come back here to the world of blogging more and more as life returns to normal for me. Things have changed a lot for me, and I hope these changes make me better. I'm much lonelier now than I've ever been, but Isabella is here to help with that. And I hope getting back into blogging will help with that too.


This post is dedicated to my dad. I've always proudly described him as a cross between Crocodile Dundee and Yosemite Sam. I miss him more than he ever would have known.
Posted by Ratty at 3:00 AM 19 comments:

Back For An Update 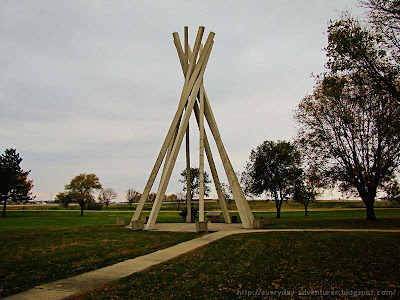 I'm back online, at least for this post. I really wanted to come back and leave a few comments on some of your blogs first, but I'm still very limited on time right now. I'll have to try to catch up with everything when I'm able to be back permanently. Things are really bad for my dad, so he'll be taking up most of my time for awhile more. I wish I could say that he is going to get better.

Does the picture above help you guess where I am? I took this picture of a teepee decoration at a rest area near me. The rest area is in South Dakota, not too far across the border from north-west Iowa where I am now. My stepmother showed it to me. She's actually a member of one of the nearby Native American tribes. I told her this teepee would be one of the first pictures I'd take, and here it is. 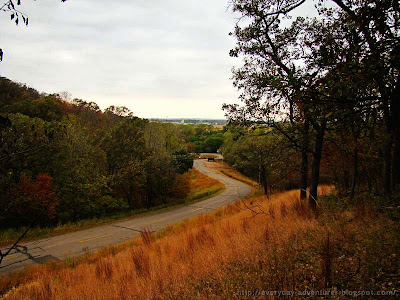 So right now I'm a few states away from Michigan, but that doesn't mean I won't be visiting nature parks anymore. There are nature parks everywhere in the US. And so the first thing I did was to find one that I want to explore extensively. 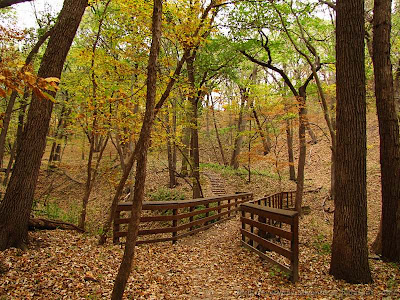 This bridge leads to places I've never explored before. When I came here for the very first time I went halfway across the bridge and turned back. this time I crossed it and followed the trail quite a bit farther. Still just a short hike, but I'll definitely be back for more exploration. I have many adventures ahead of me here.

I think that will be it for now. I just wanted to let everyone know that I'm still here. I'm not sure when my next post will be because I'm so very busy right now. I'll try to make it soon. In the meantime, go over to Nature Center Magazine where Emma has been keeping the site alive. Thanks Emma. And thanks to everyone for your thoughts and comments.


Nature Center Magazine - Your starting place for nature!
Posted by Ratty at 3:00 AM 22 comments: