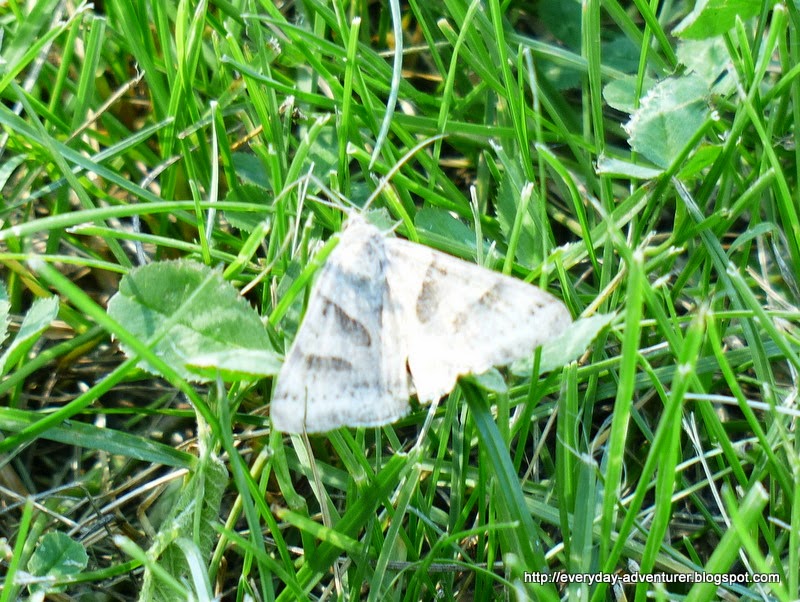 You'll just have to imagine me running back and forth after these little guys. I felt lucky any time one of them would stay still more than a fraction of a second. I've had better pictures of butterflies, but I don't know if I've ever had more fun getting them. 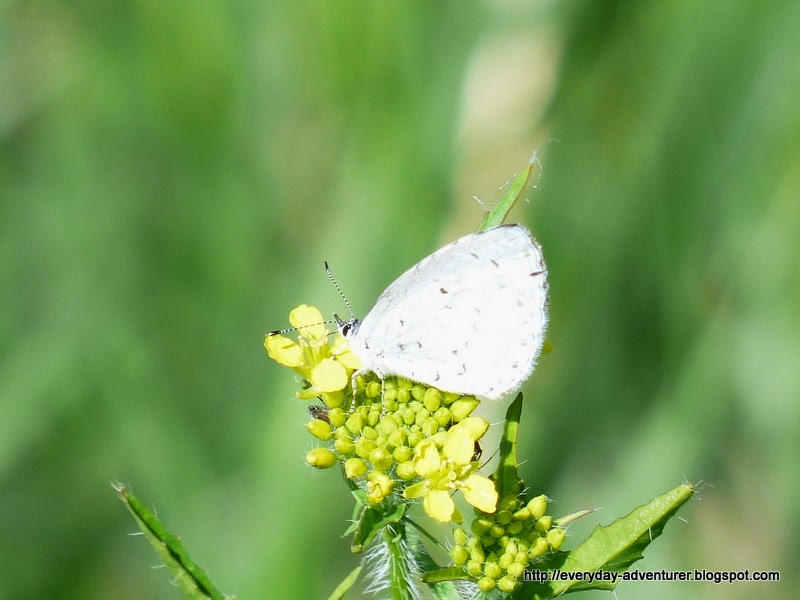 I sit here right now at my computer thinking that I never see interesting things in nature anymore, but it really seems that every time I go out for a good amount of time I see lots of wonderful little things, like these butterflies.

I guess when I'm home for a little too long I get kind of discouraged. I just imagine that I'll never see anything but endless grassy fields and cow pastures. Those can be interesting, but sometimes monotonous. I forget the forests and rivers and other fascinating things that are only a few miles away from me. I keep trying to tell myself to remember that. 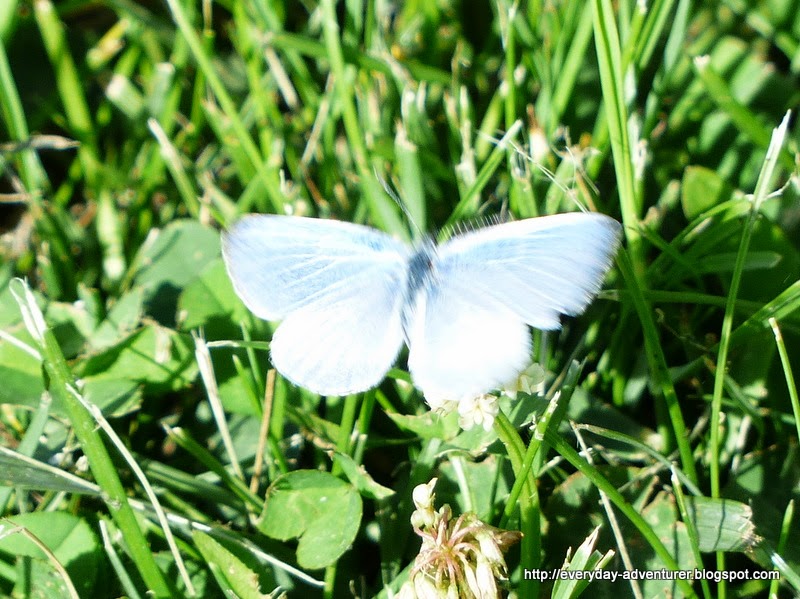 There's still a new little nature park that I discovered a short time ago and I haven't explored yet. It seems like all my time is being taken up by other more unpleasant things lately. I'm trying to mix in more enjoyable things like exploring nature, but it's not working as well as I keep hoping.

I know one of these times everything will clear up and I'll be back out exploring nature all I want. Then I'll get a chance to explore that new place. I hope I'm not disappointed in it. It looks like it has the potential to be like the little parks I used to visit back in Michigan.

But I can find things like these butterflies just about anywhere. That's the beauty of nature. You can just go right outside your door and find something good. that's easy to forget when you've been inside a little too long, so make a point of going pout. I'll talk to you next time.
Posted by Ratty at 4:00 AM 10 comments: 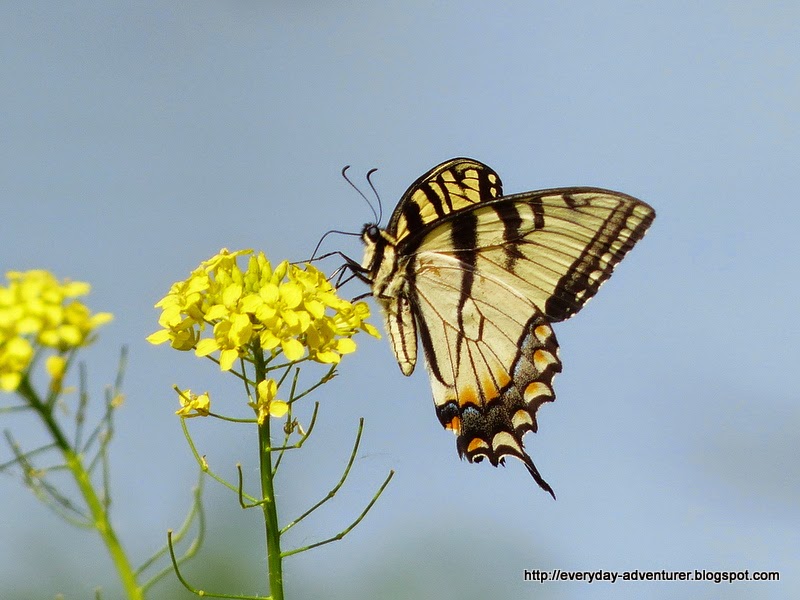 The past couple of weeks have been full of dealing with doctors for me. I haven't had much time to think about anything else, and it's not quite over. I'm trying to get at least a few small visits out to nature here and there. I found this butterfly on one of those little visits.

I don't know that I have much to say about the butterfly. I haven't had time to check and see what kind it is, but it does look familiar. I've posted about these little guys before and I think I've identified those back then. I'll tell you just what it is next time I get one.

I did at least remember to get a little video of the butterfly, done in Super Ratty Shaky Cam mode. If you watch it on Youtube you can view it in whatever quality you want. I'm not sure how good the quality is on here. I'm hoping it's set on low so everyone can see it. 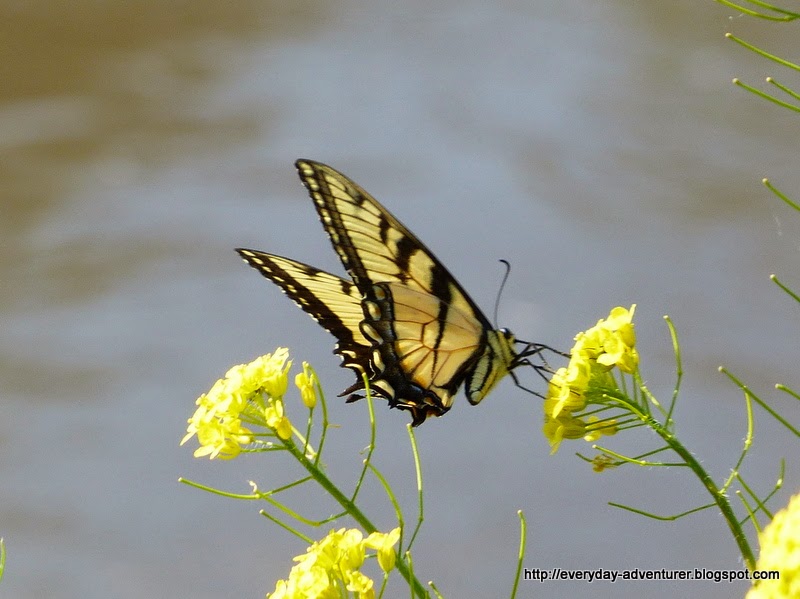 On days like the one with this buttefly encounter I wish I could stay out there forever. I keep quickly remembering that I have other unpleasant things I have to do though. I stood and watched the river behind this butterfly for a long time. It was heaven.

I was chasing butterflies from plant to plant. Most of them were too fast for me. I got the video because the pictures were getting hard. The video did a good job of keeping up though. I'll have to take a look at my other butterfly pictures to see if there's anything that's good enough for another post. I'll have to have at least a small story for it though. I'll talk to you later.

Egrets In The Field 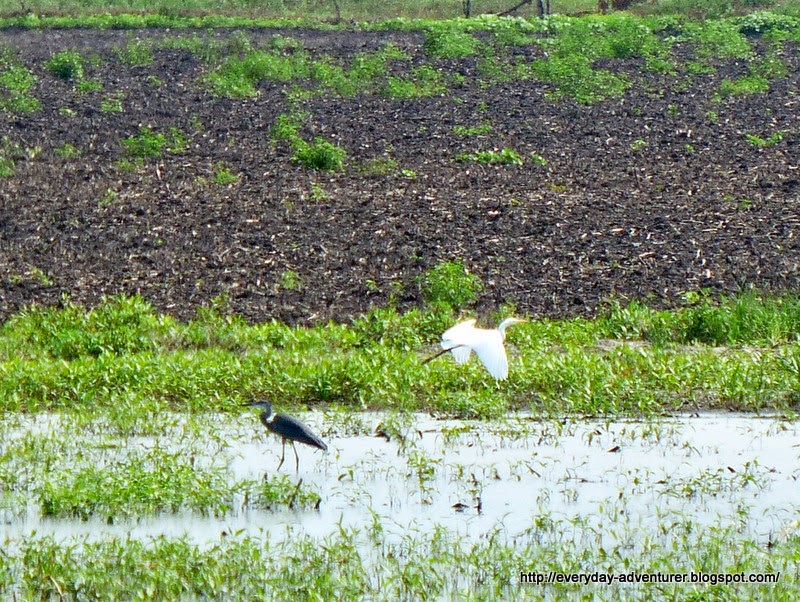 This swampy wetland is what the flooded cornfields look like now. It's a paradise for creatures like these egrets. There is shallow water like this spread out everywhere the flood happened. I keep seeing about half a dozen of these birds in this place, but up till now I've only been able to get pictures of these two. They keep flying away whenever I get close enough for pictures.

The white bird appears to be a Great Egret, which is what my new bird guide tells me. My bird guide seems to tell me that the dark one is a Little Blue Heron, but it also says they don't live in my area, so I'm not really sure what it is. I've seen it several times now hanging out with all the Great Egrets.

Maybe that dark one is a Great Blue Heron. The size would match up better because these two birds are roughly the same size, and the Great Egret is a much larger bird than a Little Blue Heron, but it's about the same size as a Great Blue Heron. The only problem is the beak of this bird appears to be dark and a great blue heron's beak is light. Maybe I'll know more with some better pictures. 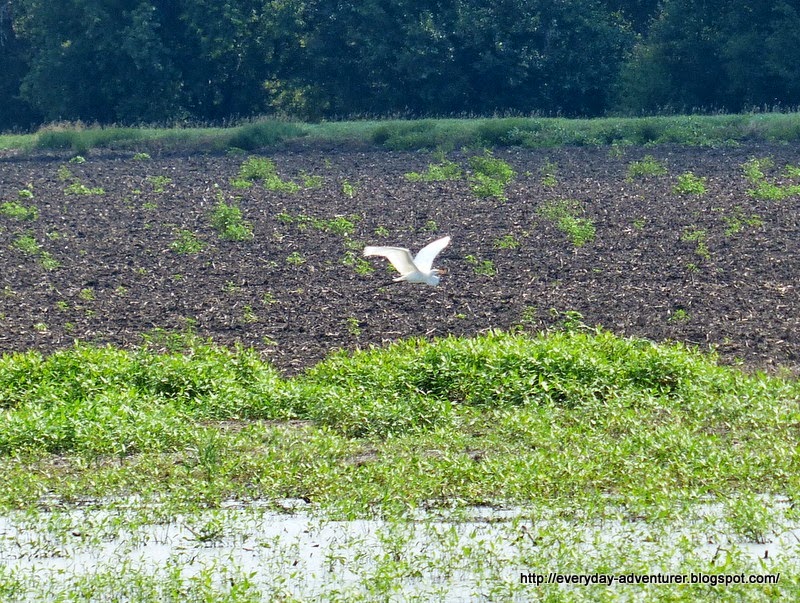 I took these pictures about a week ago. I haven't posted them until now because I've had to write the post a little at a time. I just can't really focus my mind on writing anything lately. This has been a bit of a problem for me for the past year really. I don't know why I'm having such trouble.

At times I've thought maybe I had lost a little bit of interest in my subjects and maybe even in the blog, but I was really excited to get these pictures posted. I had so much to say about them. I've felt that way about a lot of my posts. But when it came time to actually write the posts my thoughts would just vanish.

So recently I've tried a few new things to help myself. I bought a couple of field guides to give myself a few ideas. The bird guide I bought is a Windows 8 app called iBird. I love that one. It takes me right to the bird I'm looking for. I also bought a plant one that is an ebook. I don't like that one as much. It confuses me as much as any other field guide I've had. It just seems like a random listing of plants and wildflowers. How can I find anything with that? 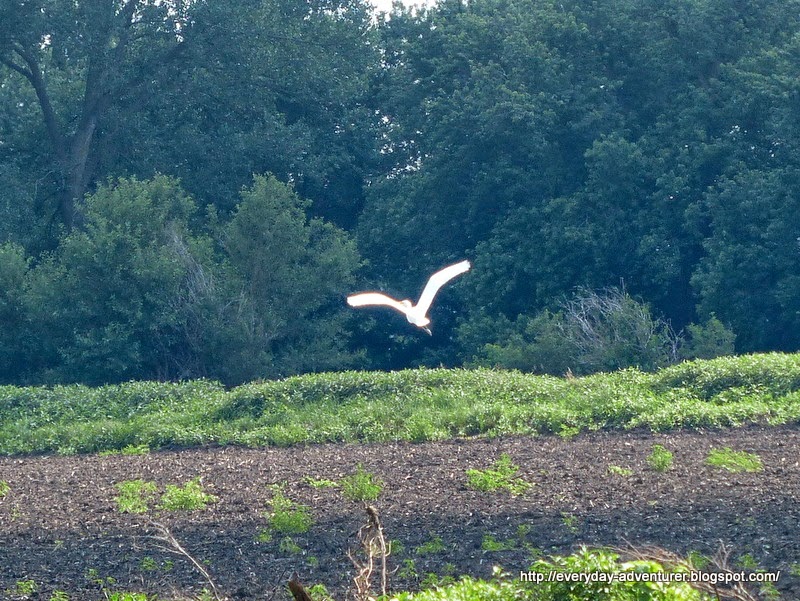 I'll keep looking for other field guides that might be more helpful. I think I'll have to visit the book store for a few of them. I've never had luck with any of them before, which is why I mostly rely on the internet to find the identity of plants and animals. I've just found normal field guides too difficult to use up till now. Maybe I'm doing it wrong.

I like the way iBird works. It's kind of interactive. It lets me choose specific features of the bird I'm looking at, like the color and size of the bird, and then it shows me just the birds that match the combined list of features I check off.

Okay, I think that's enough for this post. It's kind of long for a post I had trouble writing. It began to get quite a bit easier toward the end. Maybe my next post will come easier and quicker. I hope so. Working with the field guides has helped. After it quits raining every day I have a few new places to visit. That should help as well. I'll talk to you later.
Posted by Ratty at 4:07 AM 20 comments: