New Birds From The Nature Park 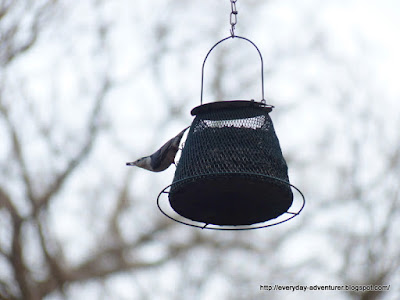 I haven't been around for a little while simply because winter has given me nothing to post. Maybe I'm using it as an excuse, but it's been as cold as -18 Fahrenheit recently and that's usually a little colder than the temperature that I go out in. Before that we had another huge snowstorm that I've kind of been waiting for it to melt. It hasn't melted. I'll just have to put up with the snow, but I don't want to freeze to death just yet.

Now that the excuses are over I'll tell you about my bird pictures. Maybe you have guessed that these are not my bird feeders. These feeders, and the birds, are located in my new favorite nature park. They attract lots of birds. I was sure I'd see birds when I got here because of the feeders. 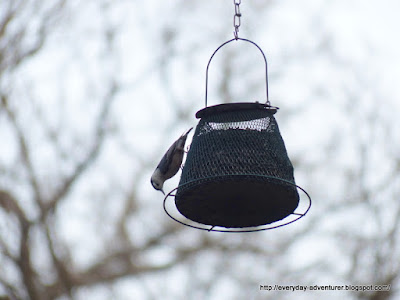 These nuthatches are known for their ability to walk upside down on whatever they're perched on. The pictures show that well. Nuthatches have always seemed to me like some of the friendliest birds. I've been able to get very close to them in the past. 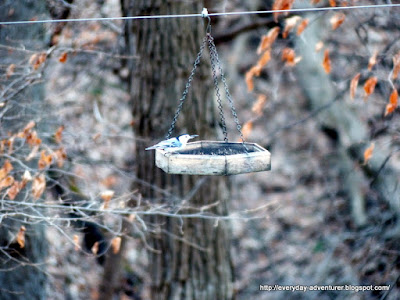 My pictures may seem a little washed out. I had to brighten the pictures up because it was kind of difficult to see the birds. For some reason my camera hasn't been cooperating either. I may have set something wrong with it. I'll have to dig around in the settings to find out. 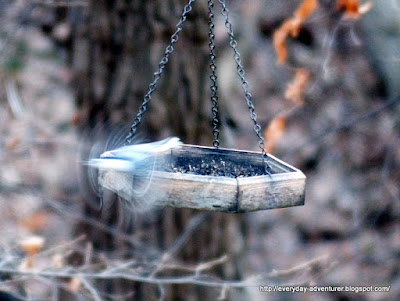 I love pictures like this last one. It may seem like a blurry mess, but what it really is is a nuthatch in flight. I love when I can capture a bird in flight. This isn't the best one I've gotten, but I still love it.

My pictures today weren't great, but they're my first bird pictures from a nature park in years, I think. That's kind of a big difference from when I used to get them every day. Maybe soon I can get back to at least every few days.

I'll be back with another post as soon as I can get back to the nature park. I'm hoping that will take only a few days or at least at the end of the week. Maybe my writing will get back on track a little by then. I like to write these posts even more than I like to take the pictures. Okay, that's enough. I'll talk to you later.
Posted by Ratty at 6:00 AM 14 comments: