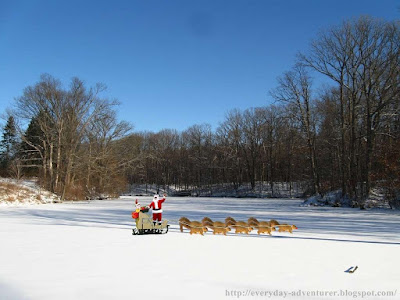 Here's a special Christmas present from me to you. This picture is for all of you who have decided to visit me on Christmas. Click on the picture to make it bigger for the best effect. Take a close look at Santa's reindeer. There's something very strange about them.

Merry Christmas everybody!
Posted by Ratty at 6:00 AM 13 comments:

#wildlife #pictures I'm revisiting an older post with a friendly little squirrel I found at one of the larger nature parks near me. I was known for my squirrel posts back around this time. Read on and you'll see that there's a reason this particular squirrel was so friendly. 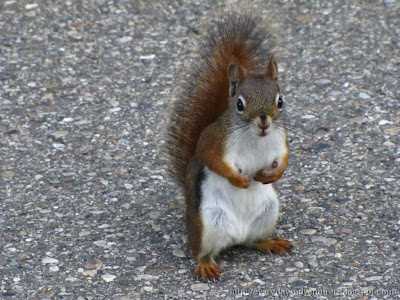 Why is this little Red Squirrel standing there so expectantly? It saw humans on this busy park walkway and thought there would be a free meal of piles and piles of sunflower seeds. And did the little squirrel get that expected meal? Yes, but not from me.

It seems that the squirrels at this section of Kensington Metropark are fed regularly by the humans that walk by. Not only the squirrels, but chipmunks and birds are fed as well. So you might guess what kind of behavior we get to see out of these normally wild creatures. 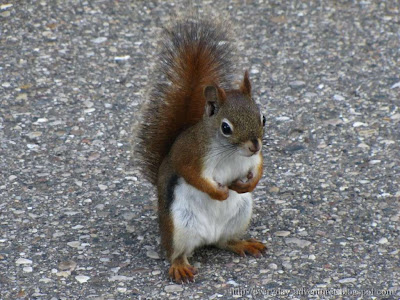 This is what you get. These creatures have decided that humans are a good thing to have around. They come running right up when they see someone slow down on the trail at this section. They know exactly what kind of human behavior to watch for.

There are so many of these animals, and some waited so patiently, that I have plenty of video for you from this adventure. So this episode of Rat TV is of a chubby little red squirrel that kept coming right up to me begging and pleading for seeds.

There are more videos, of course. One of which is the Cool Nature Video over at Nature Center Magazine today. The squirrels in that video aren't peaceful and happy at all. No, they are very angry little monsters. They won't tolerate any other animals coming near them, growling at all that are near. They even get angry at one another. They actually begin brawling right there on the sidewalk! 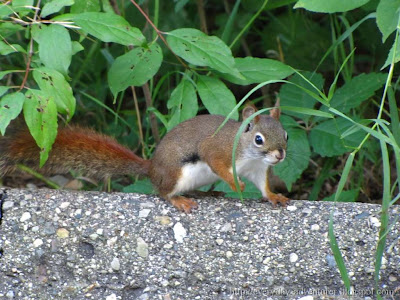 But here's little chubby again, happily coming over to hopefully beg for seeds. This little squirrel is either pregnant or is just getting more than its share of seeds that are thrown down. You can see what I'm talking about more clearly in the video. It is a cute little girl though. I like squirrels.

I got a lot of video this time, maybe more than even the pictures. There were just so many animals here, and they were all moving around so fast. Fast is usually easy for me, but not when the animals are running around my feet like bratty little children. The bratty kind are the best, you know. I'll talk to you later.


Nature Center Magazine - Come see a video game style brawl, with squirrels! Watch as the champion takes on all challengers in this knock down drag out fight to the finish! LLLet's Get Ready To Squirrelll!!!
Posted by Ratty at 6:00 AM 12 comments: