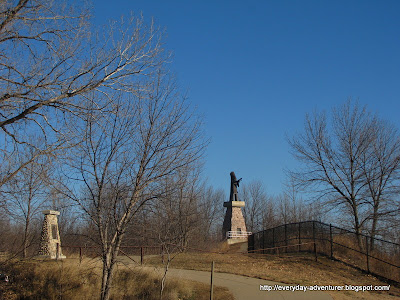 It's been a few weeks since I've felt good enough to write a post, but here I am again. I was beginning to wonder if maybe the difficulty I've been having showed a lack of desire to do this, but I'm having the same difficulty with other things as well. And I have been missing my frequent posting so much more than I can tell you!

I've also been trying to do some programming work, which is how I make my money, and I've been hitting very similar roadblocks with that. I'm learning that I'm having a huge problem focusing my mind on anything specific. Some days, like today, I feel much better, and I can get a few things done. On days like these I feel so much more focused than I've been feeling. It's  a great feeling.

I've even been able to write a new article on Nature Center Magazine, called "Why Are Chimpanzee's Stronger Than Humans?". That was fun to do the research on. It's not a long article, but it took me a while to finish because of my head problems. I think it turned out pretty good though. 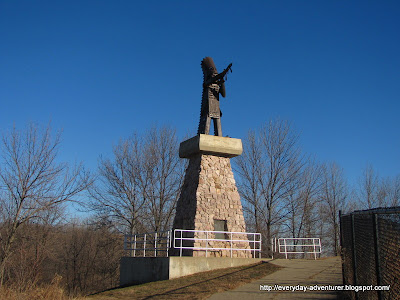 Let's change the subject to the monument you see in my pictures. I'm not going to tell you much about War Eagle, but if you follow this link you can learn a bit about him if you'd like. What I want to talk about is my trip up to the monument.

I just happened to have my dog Isabella with me on this outing, so she came up there with me to visit War Eagle's Grave. I took as many pictures as I could from as many positions as I could. I like these three the most. There was something strange that happened when we got up close to the monument though.

We went up there within the guard rails to see it all up close. It seemed as if nature picked just that time for the wind to pick up. When I decided to go around back to get a few pictures from there, Isabella began pulling on her leash and whimpering. She did not want to be back there at all. Something was terrifying her.

Isabella isn't a small dog, so not much frightens her, so it was hard not to notice her behavior. I don't know what her problem was with the back of the monument, but she was fine as soon as we walked back around to the front. I guess I'll never know, but it was enough for me to write about it. 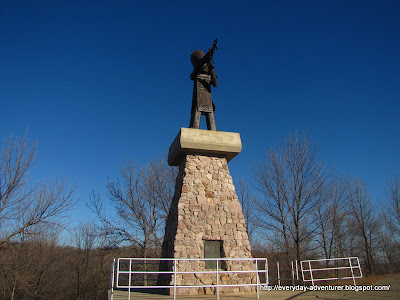 The rest of the little trip was pretty uneventful. There are a lot of historical places like this one in this area, so I'll be visiting them a lot as time goes on. I'll try to talk more about their histories as well, without going into them to the point of getting boring. I'll probably revisit this one as well so I can give you some more information about it. And I'll give you an update on Isabella too.

I still hope to begin to write posts more often again very soon. Right now I feel like I can do it, but I really don't know what tomorrow will bring. Maybe visiting a few of your blogs will get my wandering mind into the spirit of things and I can remain this focused.

I'm going to try to go back to practicing my camera skills. I'm thinking of focusing on taking a lot of macro shots. It's something I've never been satisfied with for myself. Things can become very interesting when you get a good close-up look at them.

Okay, that's enough for this time. I hope to have another post up here very soon. See you then!
Posted by Ratty at 1:46 AM 23 comments: