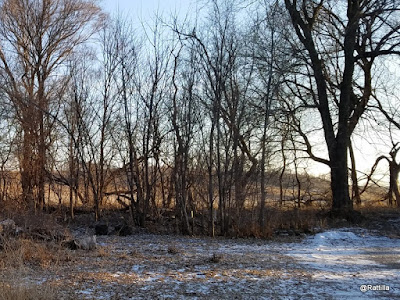 I'm finally coming out of my winter slumber thanks to some urging in my comments section. After several months of a messed up back I'm starting to get out for a little bit at a time now. I'm going to have to take it slow, but I think I can do more and more each time. This first time I was able to get out to just a small bit of nature to test out my new camera.

You've read about me obnoxiously bragging about my phone camera for the past two years, but I have recently had to admit that there are better ones now. It felt terrible to know that and not have the very best. I was deeply ashamed I tell ya.

My previous phone was a Windows Phone, a brand nobody else ever knew existed. That being my only smart phone, I didn't know what I was missing. I decided to get a brand new Android phone this time, a Samsung Galaxy S7 Edge. 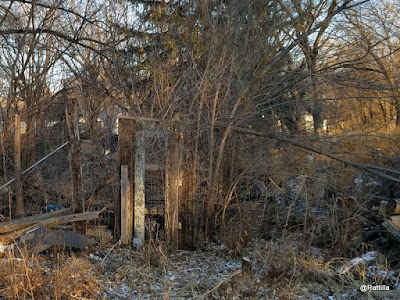 I don't necessarily want this to be a commercial for my new phone, but my little nature trip was kind of uneventful. I must say that I didn't know what I was missing with my old Windows phone. This new phone has everything my old one had and a whole lot more. That's kind of why I chose it.

Maybe I shouldn't sit here and describe all the cool features to you. You've probably already read enough. You're saying to yourself, "Okay, big guy, so you got a new phone. I have a phone too." I guess what I'm leading up to here is that I took these pictures with my fancy new phone. See? the phone is a little relevant here. 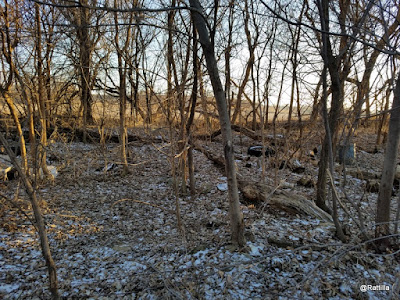 This was the first time I've been able to try out the new phone camera. It did okay the first time out even though the pictures are drab winter stuff. I'll see if I can get something cooler next time. I have lots of pictures of my dog, but you've seen her before. Besides, she's kind of upset that she never got a response from that time she was begging everybody for a million dollars.

In a way the newer phone cameras are better than a good bigger camera. My new one has as many features as my big camera except it doesn't have the zoom lens. It focuses on closeup objects much better than the big one. I forgot to get closeups on my little trip. Maybe next time. I'll talk to you later.

Oh, if you're a geek like me and really want to know more about my phone just ask me in the comments section. I always reply to questions.
Posted by Ratty at 6:00 AM 11 comments: