Delilah And A New Camera 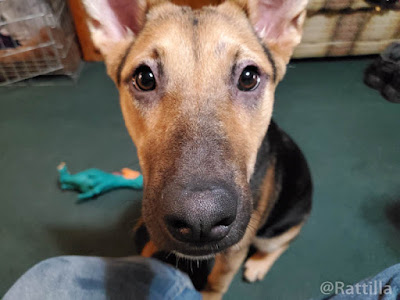 It's been a little while since my last post. I'm sure you've noticed. Like I said in my last post, it's because I've had nothing to post about. I wasn't going out because of the flooding and because of my dog's behavior. I'm going to try to change some of these problems now though.

But for now, let's talk about what's been happening since my last post.

I've been trying out a different camera than my usual one. My current camera is getting kind of old, even though there's still a lot of life left in it. It's a top of the line point and shoot camera. It looks like a DSLR but it's still just a point and shoot so it has some limitations. 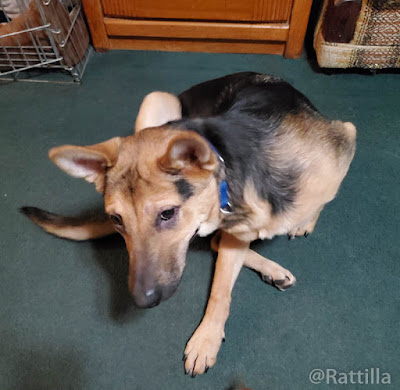 Now I have a new DSLR I'm trying out for business. I won't use it for my personal photography. But after using this new one for a couple of weeks now, I'm seeing a huge difference in photo quality and ease in some cases.

The pictures on the DSLR seem so much smoother than with my point and shoot. And the manual settings are so much easier to work with. I can adjust so many things that I couldn't dream of before. I sometimes want to get a white background with some things, but that's unthinkable with my camera. The business camera can get it easily.

I'm not sure whether I'll get something like this for personal use yet, but it's a thought. One thing a point and shoot like mine is good for though is that I don't have to ever change lenses. That makes nature photography easy. So we'll see what happens. 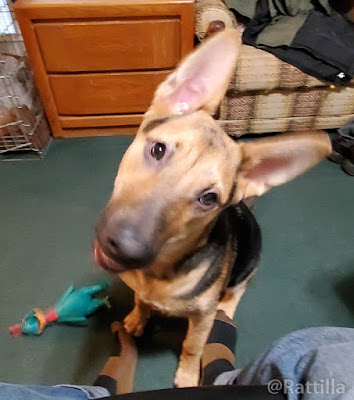 Let's change the subject a little bit (a lot).

I took Delilah to the vet to get her nails clipped. She took the vet visit well, as usual. It's the rides that she hates. She was actually eager to go. She jumped up into the back of my Jeep and into her cage all by herself. She was very excited.

The big thing is that she didn't use the Jeep as a toilet, not even a little. I said before that I'd have to wait a while to take her on trips because of this little problem, but now maybe it is solved. So I'm going to take her on a trip to a nature park very soon to check her progress. Let's hope she is better. 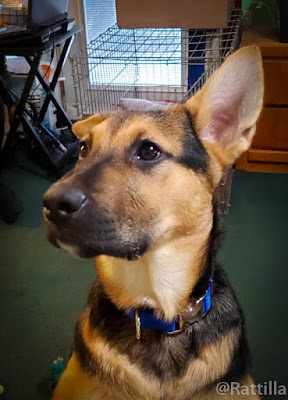 Here's something good Delilah is doing at home. I have taught her to pick up any object that's not too heavy and bring it to me. I've been telling everyone that she can now help me keep the house clean because of this. She's a smart dog.

She's now much bigger than she was the last time you saw her. She's not the biggest dog in the world, but she's standard German Shepherd size, maybe a little skinnier. She may fill out later, but I'm not sure she'll be as widely built as a normal German Shepherd. We'll see. She's still only about 7 months old.

So we come to the end of my long update. Next time I'll have a little story about Delilah and a toad, with some toady pictures. I'll talk to you later.