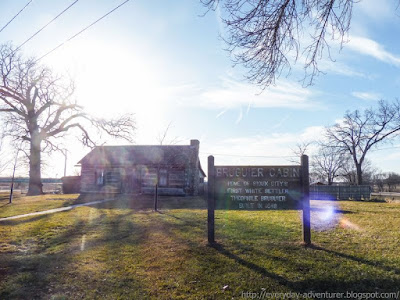 Today I have pictures of the oldest structure in Sioux City, Iowa, Bruguier Cabin. The sign says it was the home of Theophile Bruguier, but after reading some of the information about it I'm not quite sure that he actually lived in this exact cabin. It at least was a cabin on his land though.

I'm not going to give you the whole history lesson on this famous man or the cabin because you may not want it here, but if you want to find out more you can visit these two links: Bruguier's Cabin and Théophile Bruguier

What I'm going to talk about is my story of taking these pictures, and maybe a few other things. First you may notice that my first picture has some problems. The Sun was shining right into my view so I was lucky to get it even that good. I had to fix it a little bit as well. 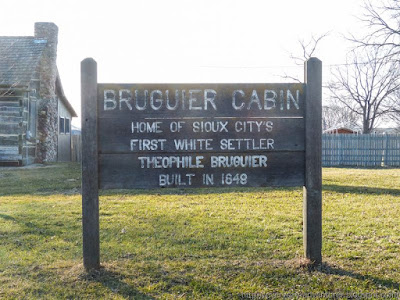 The sign says it's the home of Sioux City's first white settler. I'm assuming the reason it specifically says that is because the area is home to a significant Native American population and they were here for a little while before Theophile Bruguier. 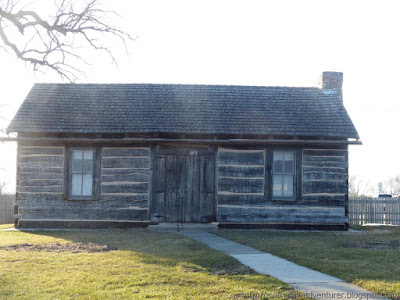 When I took this above picture I thought I did a pretty good job. But you can see that the house is kind of off center. I don't know exactly why, but it bothers me a little bit. I'm not the best photographer but I still try to get the best pictures I can, even though some are almost intentionally bad at times. 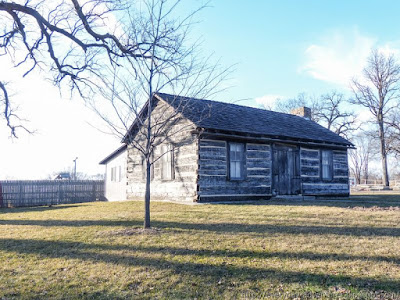 I took pictures of this place last year sometime, but I completely forgot to post them for some reason. I still have them somewhere on my computer but it would be like finding a needle in a haystack. I have lots of pictures saved. I save all of my pictures I take for this blog, even the terrible ones.

Speaking of pictures, I've been putting some of my best on Twitter from time to time. Some are posted here on the blog and some are not. You can see my Twitter feed with the pictures in my sidebar if you'd like. The feed is scrollable with your mouse wheel. A few of the pictures have gotten kind of popular. 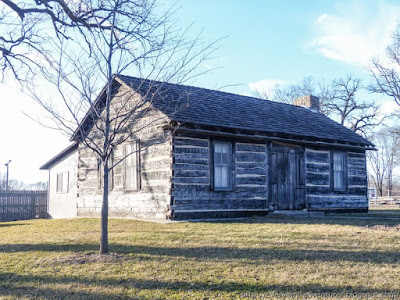 I plan on going back to the nature parks on my next few adventures. I'm going to have to start a little earlier than I did this time. I hope it all turns out well. I may not see very many animals at first, but maybe they'll come out more on future trips.

I just recently tried to get some pictures of the huge herds of deer I see in the fields beside the highway. I had no luck at all. The deer were there but I wasn't able to slow down enough to get any non-blurry pictures, and there's not really anywhere I can stop. It's too dangerous to keep trying. Oh well.

I guess there wasn't much of a story I could tell about my experience with this house. Houses don't do very many exciting things. They just sit there and let you look at them.Looking is good, but it can only last so long. So after I got a good look I went on my way. And that's the end of this story. I'll talk to you later.
Posted by Ratty at 6:00 AM 12 comments: